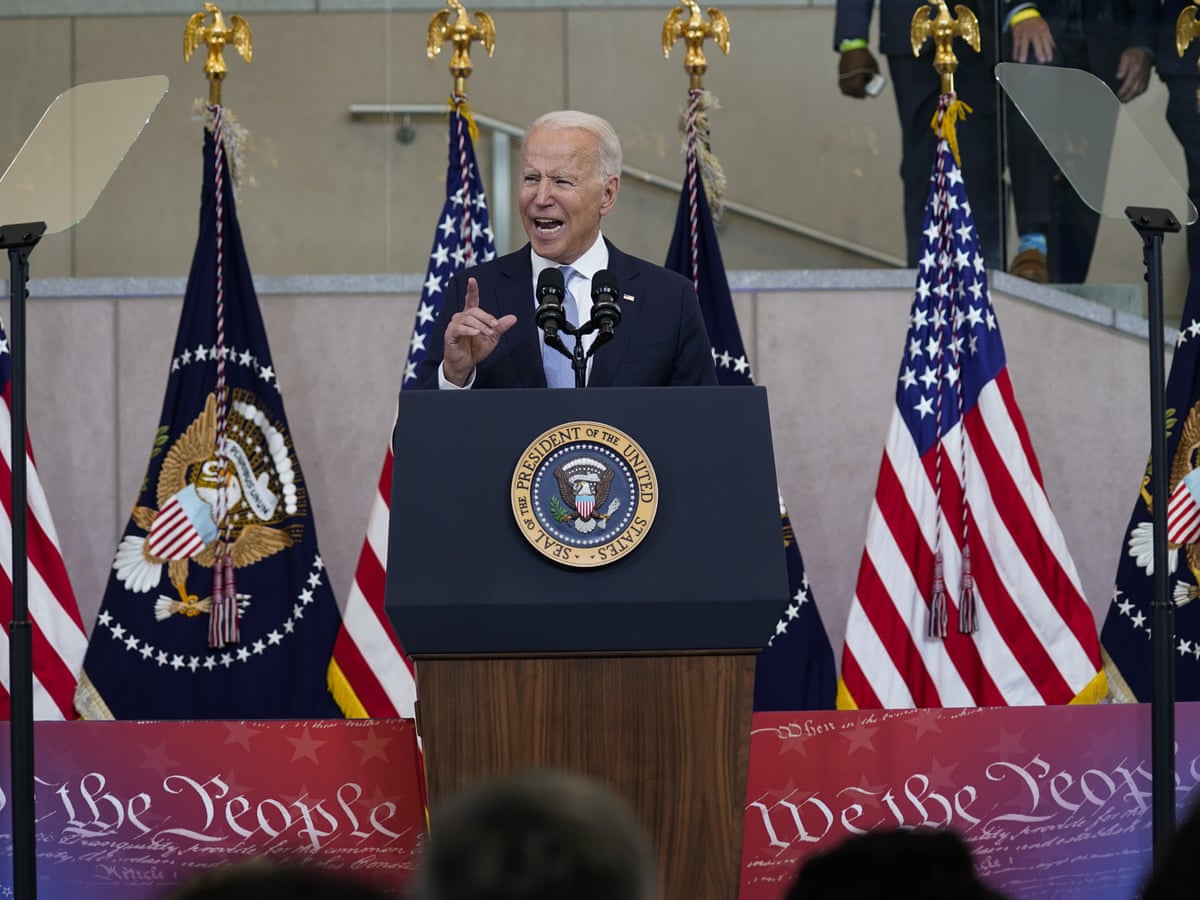 Few in the audience applauding Joe Biden could have questioned the sincerity of his warning about a momentous threat to American democracy.

But they may have walked away with lingering doubts about his ability to meet the moment or answer fears that even the office of the presidency will be found politically impotent in the face of the challenge.

“We’re facing the most significant test of our democracy since the civil war,” Biden said in a speech on Tuesday in Philadelphia, recalling the mid-19th-century conflict that left more than 600,000 people dead. “The…