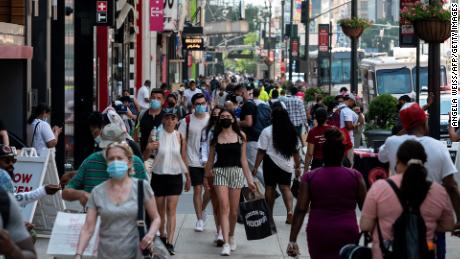 Inflation rose 5% in the 12-months ending in May, the Bureau of Labor Statistics reported Thursday. That marked the biggest jump since August 2008.

Stripping out food and energy costs, which tend to be more volatile, inflation stood at 3.8% over that 12- month period. It was the biggest increase in so-called core inflation since June 1992.

In the month of May alone, prices rose 0.6% on a seasonally adjusted basis, slightly less than in April. Core inflation, excluding food and…