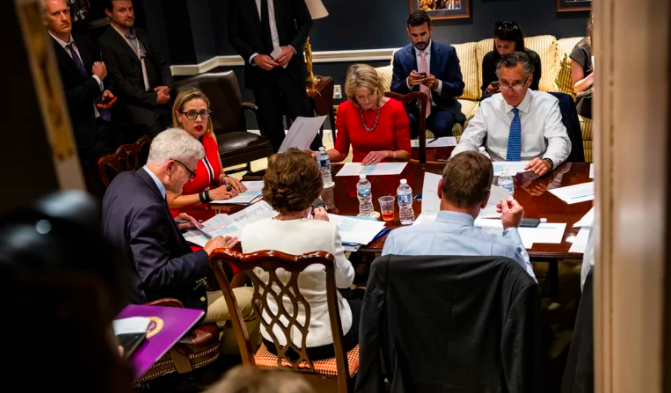 A bipartisan group of 10 U.S. senators says they agree on a “framework” for a deal on an infrastructure package, but the members did not release any details and top leaders from both parties have been mostly silent on the development.

According to two sources familiar with the negotiations, the agreement is focused on “core, physical infrastructure.” The proposal would cost $1.2 trillion over eight years and include $579 billion in new spending.

The plan would not have any tax hikes, and aides did not provide any further details on…