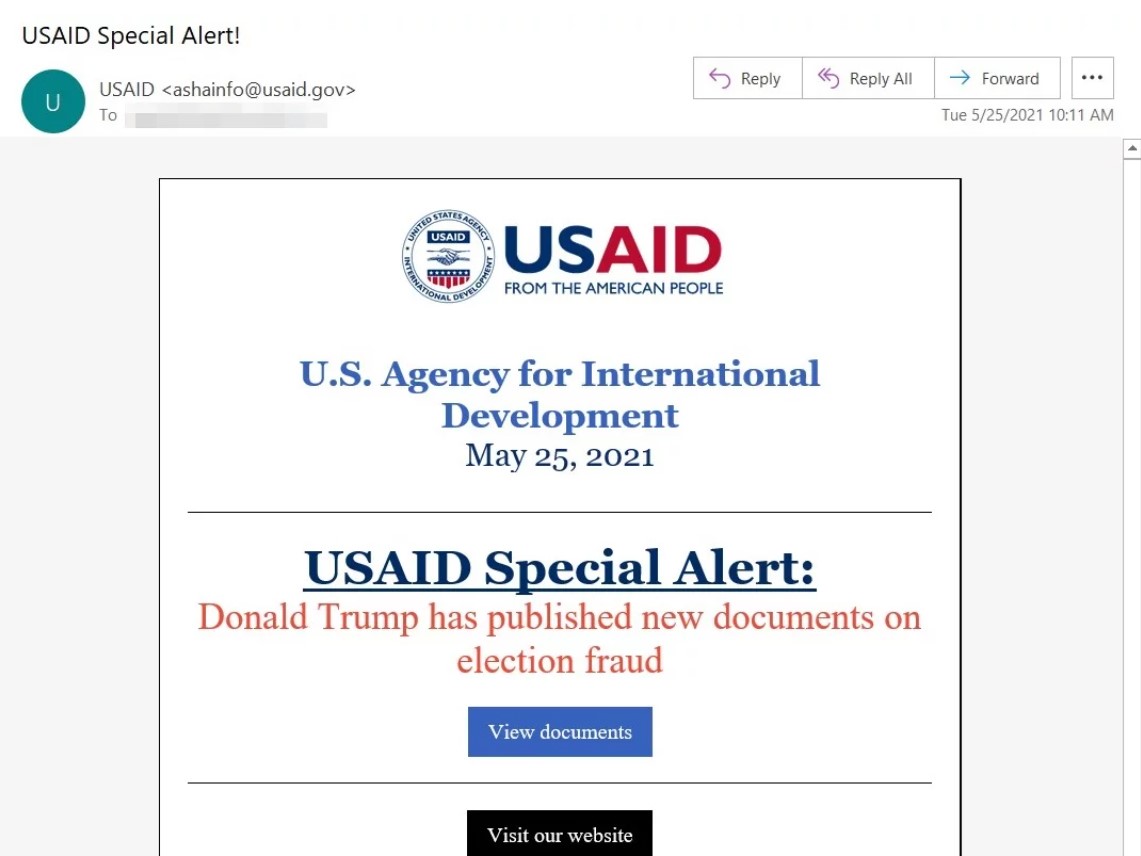 The same Russian hackers who carried out the SolarWinds attack and other malicious campaigns have now attacked groups involved in international development, human rights and other issues, according to Microsoft. The company says the breach began with a takeover of an email marketing account used by the U.S. Agency for International Development.

Hackers sent malicious emails from the agency’s account. Screenshots show the note purports to be a special alert, highlighting the message, “Donald Trump has published new documents on election fraud.

News of the attack comes less than three…