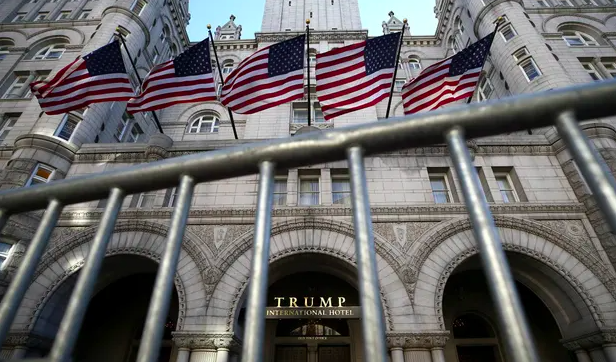 Police intelligence documents show that Washington’s Trump Hotel raised its rates “as a security tactic”, in the hope of deterring Trump-supporting QAnon supporters from staying there in early March, on a day which some believed would see Trump restored to office.

The information, which police gleaned from a Business Insider version of a story published in Forbes on 6 February, was confirmed in an 8 February intelligence briefing stolen by ransomware hackers from Washington’s Metropolitan police department (MPD).

The hackers from the Babuk group subsequently published those documents online, and transparency group Distributed Denial…