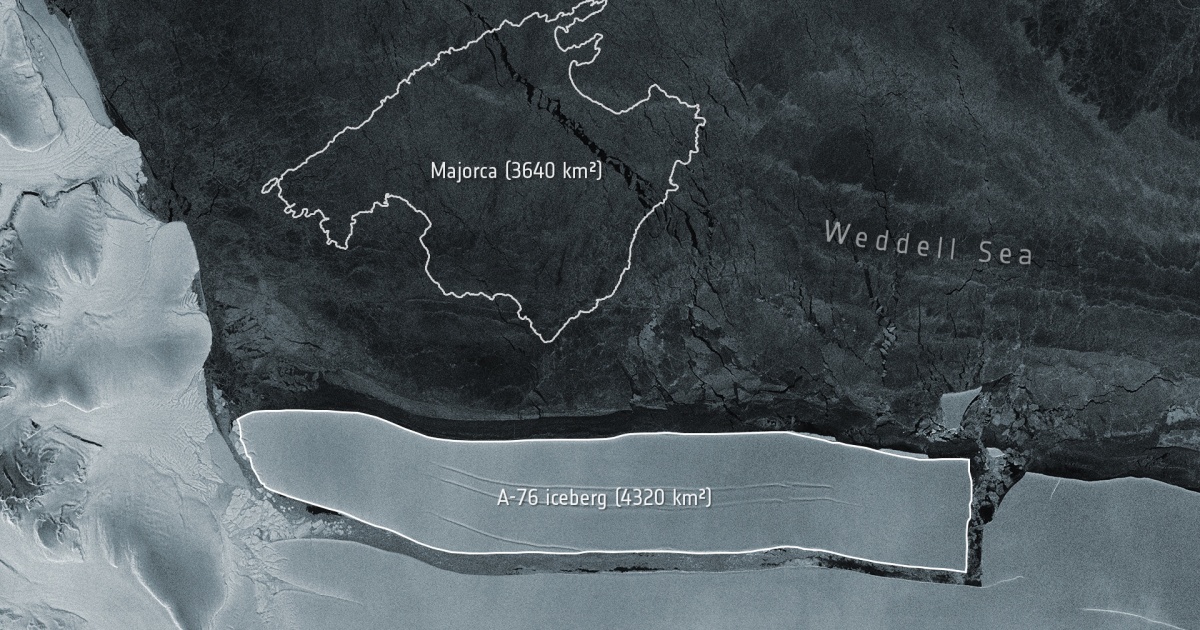 An enormous chunk of ice bigger than Rhode Island has broken off an Antarctic ice shelf, according to the European Space Agency. The floating mass covers more than 1,600 square miles, making it the largest iceberg in the world, agency officials said.

The iceberg, dubbed A-76, calved off the Ronne Ice Shelf into the Weddell Sea. The European Space Agency’s twin Copernicus Sentinel-1 satellites spotted the giant slab of ice breaking away on May 13.

The U.S. National Ice Center — which is operated by the National Oceanic and Atmospheric Administration,…