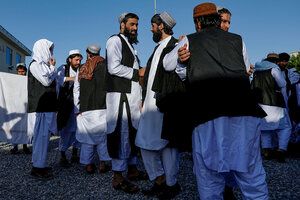 But in death, Saheel – who detonated a car bomb May 8 that killed 12 Afghan troops in the Saydabad district of Wardak province, only to be killed himself by a surviving Afghan soldier – has become another tool in a fresh Taliban drive to recruit young men to their jihadi cause.