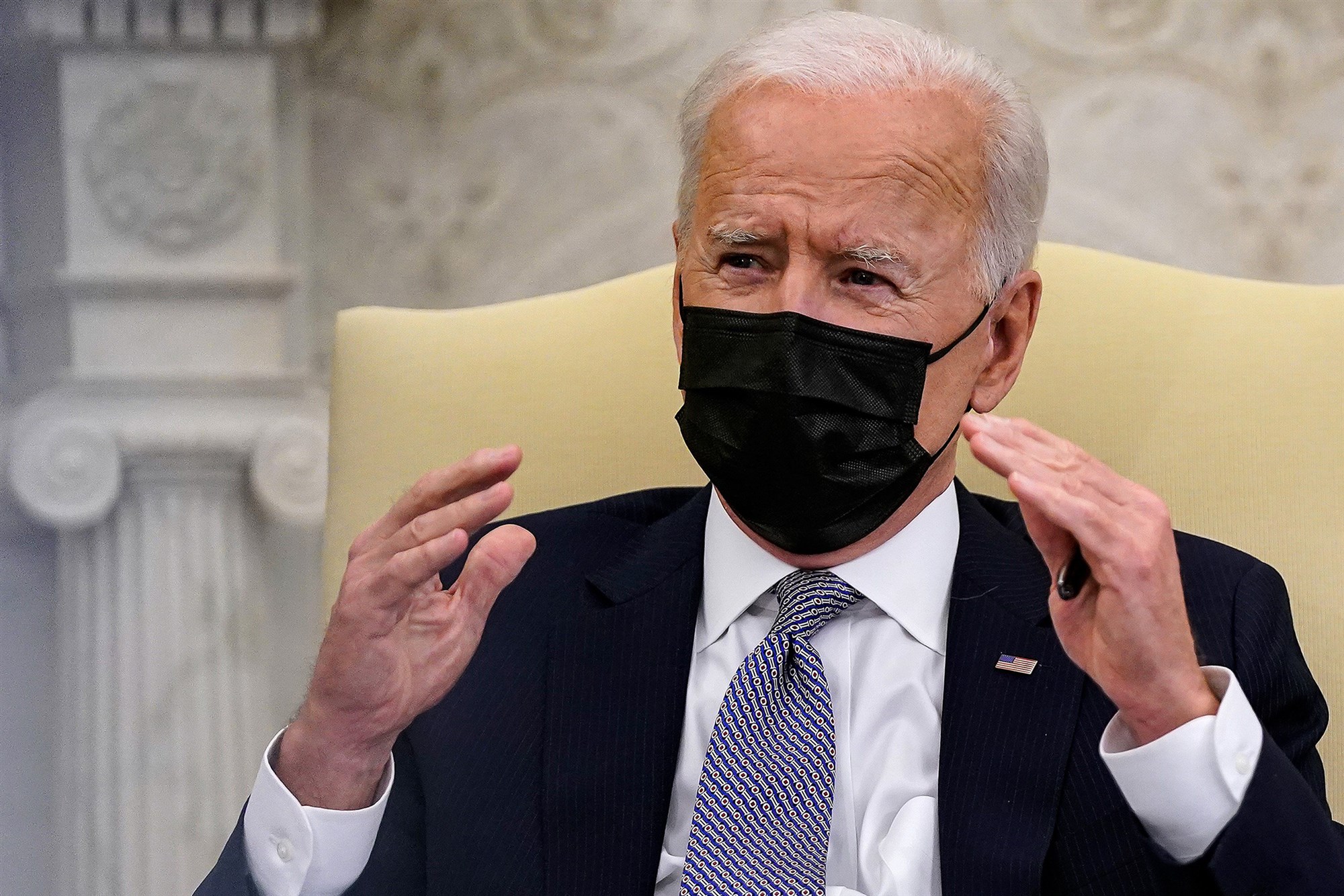 President Joe Biden on Monday called for “peace and calm” in the wake of the “tragic” fatal police shooting of Daunte Wright in Minnesota.

“I haven’t called Daunte Wright’s family, but my prayers are with the family. It’s really a tragic thing that happened,” Biden told reporters in the Oval Office of Wright’s death Sunday. “The question is, was it an accident? Was it intentional? That remains to be determined by a full-blown investigation,” he said, describing the body-camera footage of the shooting as “fairly graphic.”