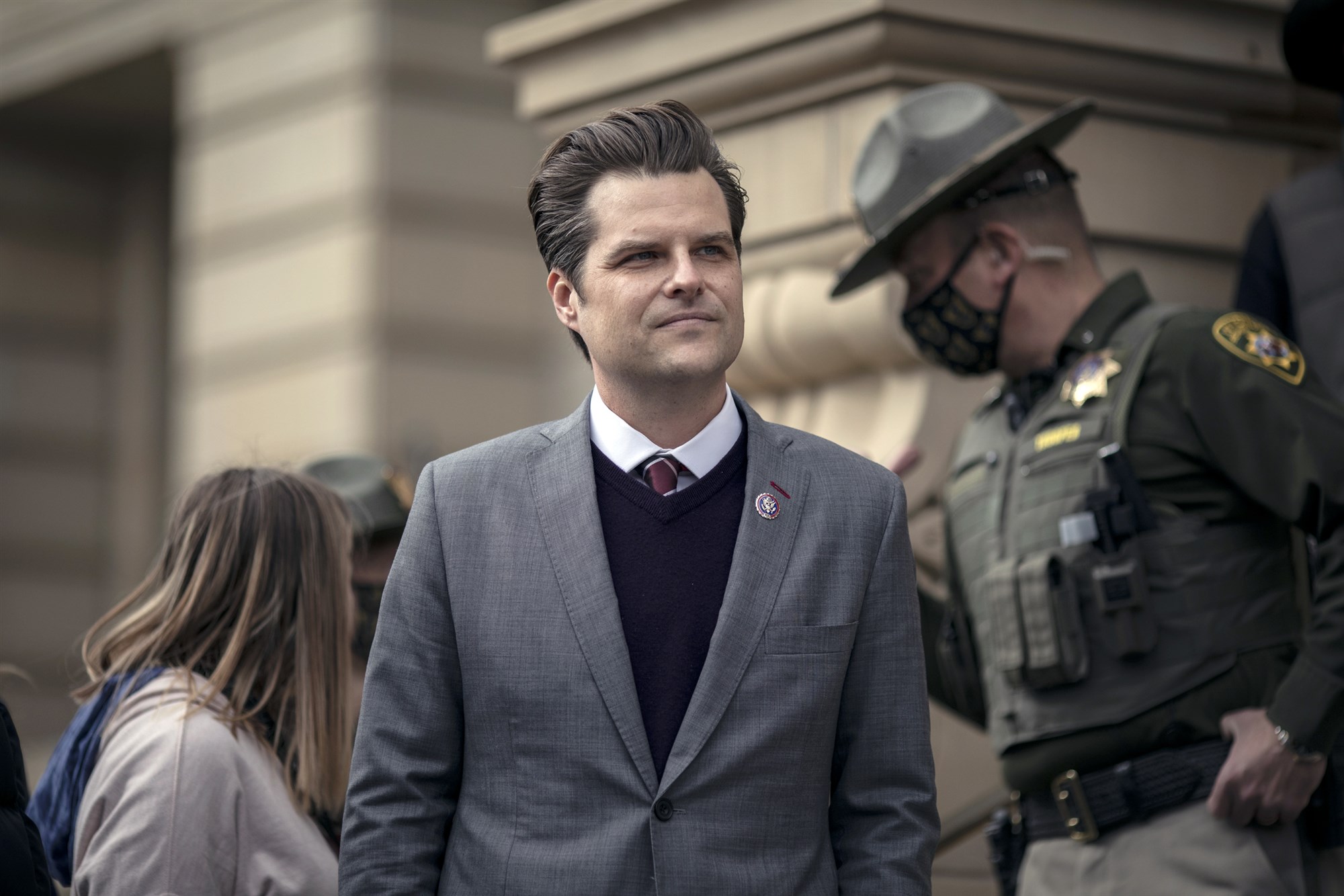 Rep. Adam Kinzinger of Illinois called for fellow Republican Rep. Matt Gaetz of Florida to resign on Thursday amid a federal probe into allegations that Gaetz was involved in sex trafficking.

Gaetz, who has not been charged with any crime, has repeatedly denied wrongdoing. He is also scheduled Friday to headline a dinner for Women for America First, a pro-Trump group, at the Trump National Doral in Florida.

“Matt Gaetz needs to resign,” Kinzinger wrote in a tweet linking to a Daily Beast story about Gaetz, who’s become enmeshed in…