Two months after January’s retirement surge, the Office of Personnel Management’s retirement backlog has hit another record high. Although OPM increased the number of retirement claims it was able to process two months in a row, a surge of 9,664 new claims in March left the backlog exactly 400 claims higher than it was in January.

OPM processed 8,756 retirement claims in March, which is about 2,200 more than it managed in January, and about 750 more than in February. But that increase in capacity was also met by almost 2,200 more new claims submitted in March than in February. The timing of this increase in claims is unusual; retirement claims usually spike in January and February each year, while OPM generally processes the highest amount in February and March. This is the first time since at least 2014 that March saw more claims than February. 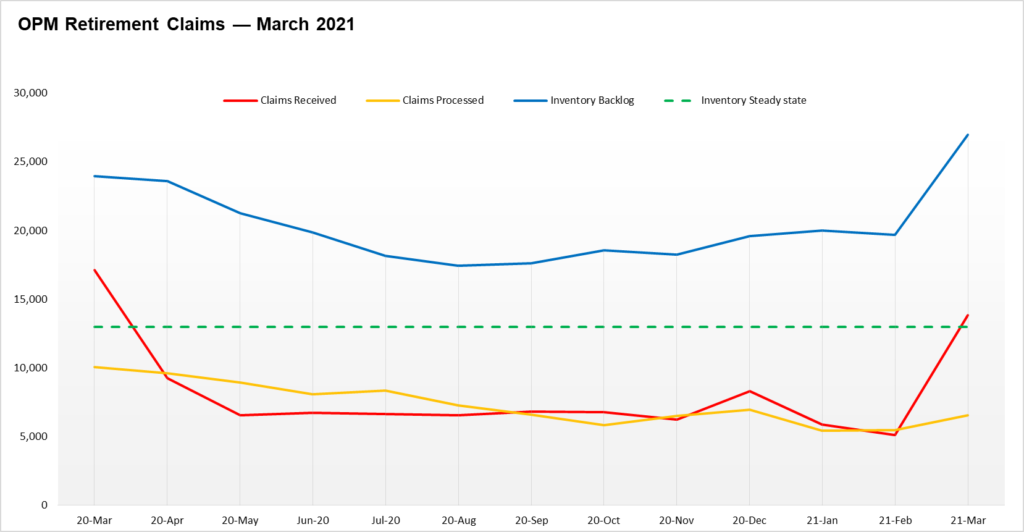 Lackluster processing numbers and longer average processing times in the second half of 2020 helped set the stage for this loss of ground in early 2021. OPM said its “steady state” inventory of retirement claims is 13,000. Processing times rose significantly during the early months of COVID-19, and still haven’t returned to their pre-pandemic lows.

OPM did manage to improve the time it took to process claims, however. The monthly average processing time dropped from 77 days to 69 days. That brought the fiscal year-to-date average down from 78 to 76. 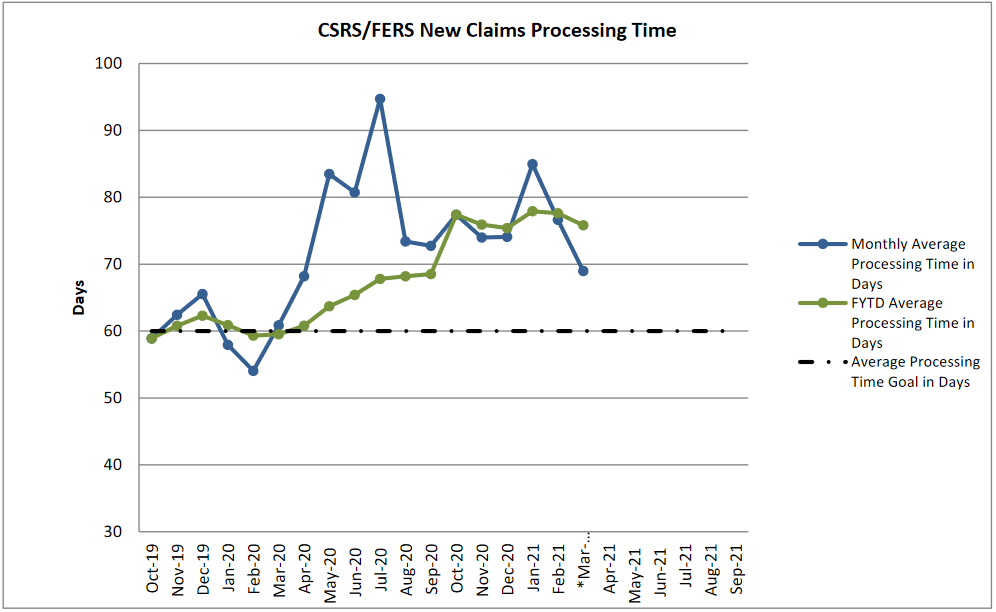