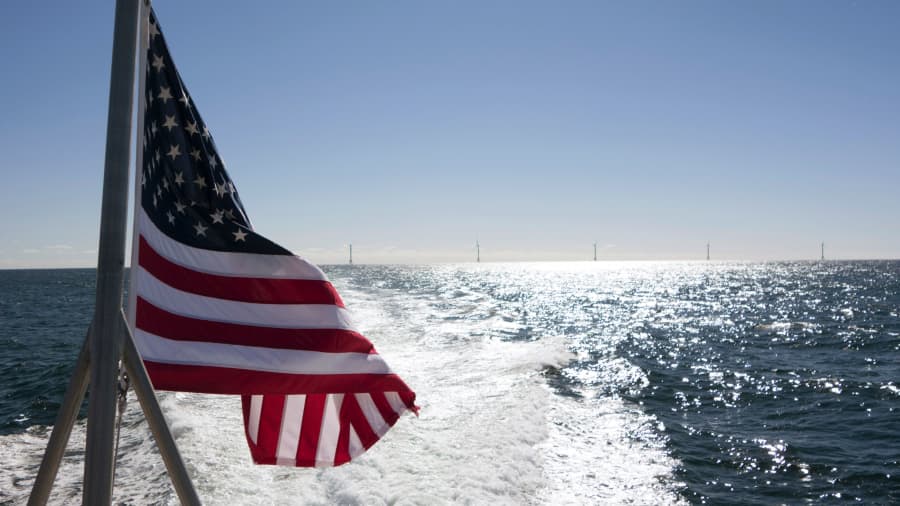 The U.S. wants to expand its offshore wind capacity to 30 gigawatts by 2030, a move the Biden administration hopes will generate thousands of jobs and unlock billions of dollars in investment in coming years.

The target, announced by the Departments of Energy, Interior and Commerce on Monday, represents a significant ramp-up of America’s fledgling offshore wind industry, which trails other parts of the world.