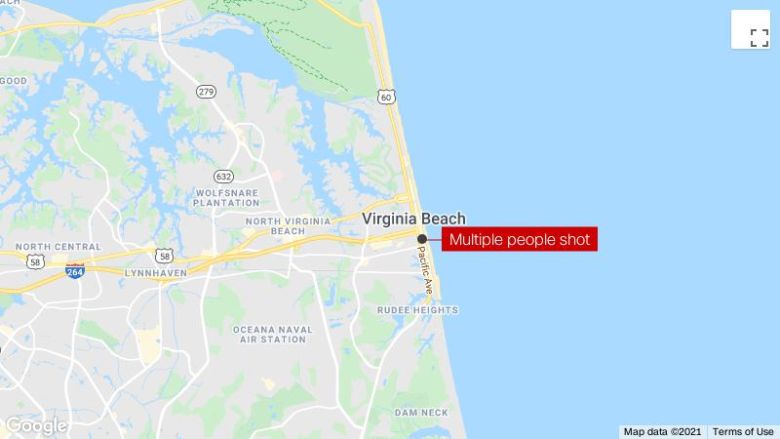 Two people are dead and at least eight injured after shootings near the oceanfront in Virginia Beach, Virginia, police said Saturday.

Police found at least eight victims at “the original crime scene” when they arrived shortly after 11 p.m. Friday, Virginia Beach Police Chief Paul Neudigate said at a press briefing.
While police were investigating, shots were fired about a block away, resulting in “an individual being confronted by a uniform Virginia Beach police officer,” Neudigate said.
The officer shot and killed the person in what the chief…