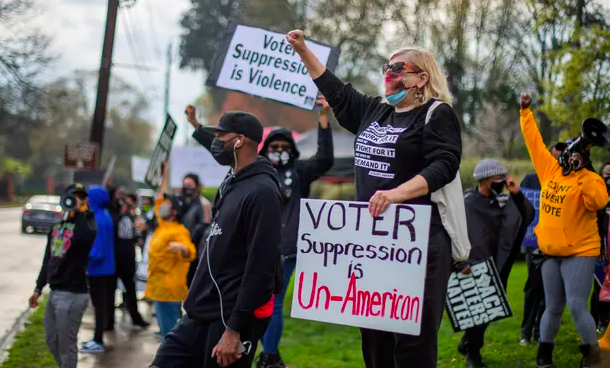 He said in a statement: “Instead of celebrating the rights of all Georgians to vote or winning campaigns on the merits of their ideas, Republicans in the state instead rushed through an un-American law to deny people the right to vote. This law, like so many others being pursued by Republicans in statehouses across the country, is a blatant attack on the constitution and good conscience.”