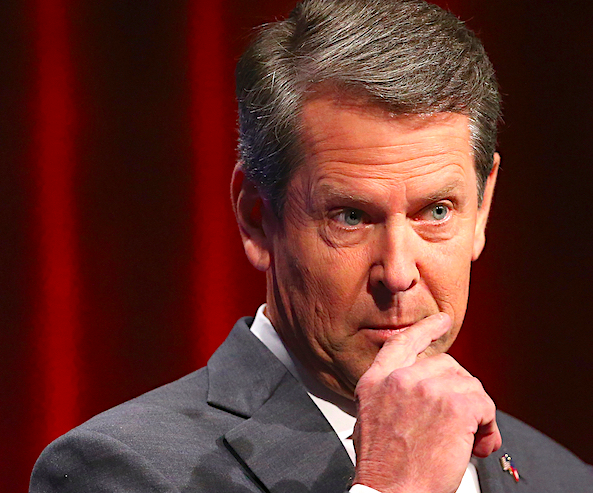 Georgia Gov. Brian Kemp drew protests Thursday as he signed into law a sweeping Republican-sponsored overhaul of state elections that includes new restrictions on voting by mail and greater legislative control over how elections are run.

Democrats and voting rights groups say the law will disproportionately disenfranchise voters of color. It is part of a wave of GOP-backed election bills introduced in states around the nation after former President Donald Trump alleged fraud led to his 2020 election defeat.

As Kemp was delivering remarks shortly after signing the bill, he…