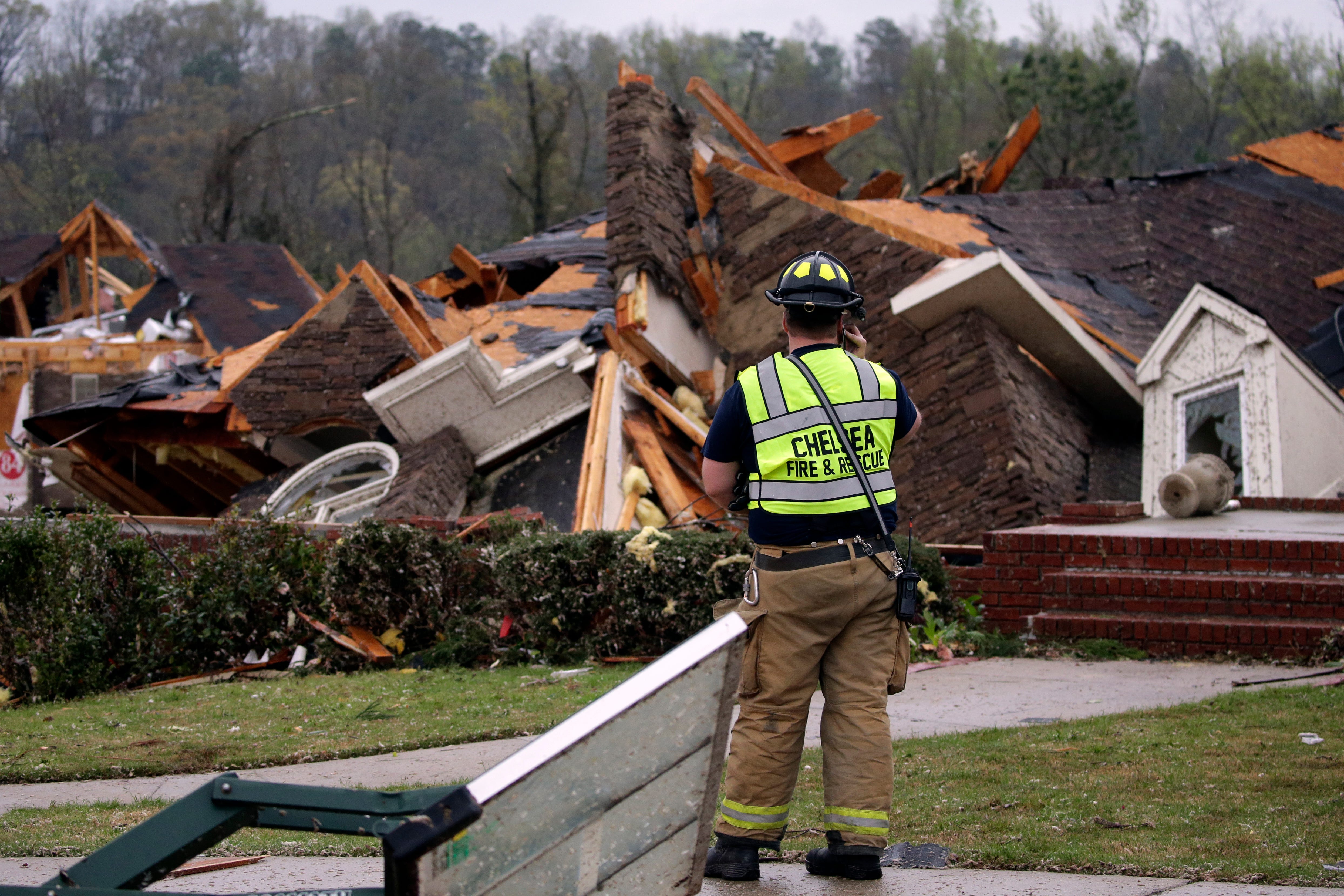 At least five people died on Thursday as multiple apparent tornadoes touched down in Alabama, the second line of severe storms to slam the state in two weeks.

The tornado moved across the state, the National Weather Service said, and there were reports of homes destroyed, trees knocked over, and people injured and trapped. More than 35,000 customers were without power in Alabama,according to poweroutage.us.