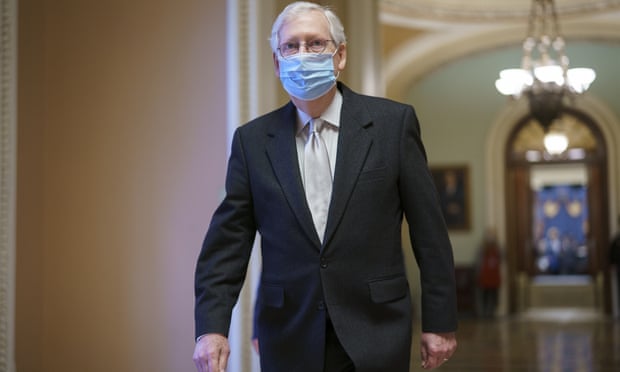 Mitch McConnell, who was accused of laying waste to bipartisan co-operation in the Senate when he blocked a supreme court pick by Barack Obama then changed the rules to hurry through three picks for Donald Trump, has said that if Democrats do away with the filibuster, they will “turn the Senate into a sort of nuclear winter”.

The Republican minority leader, who himself invoked the “nuclear option” to change the rule for supreme court justices in 2017, was speaking to the Ruthless podcast in an episode released on Tuesday.