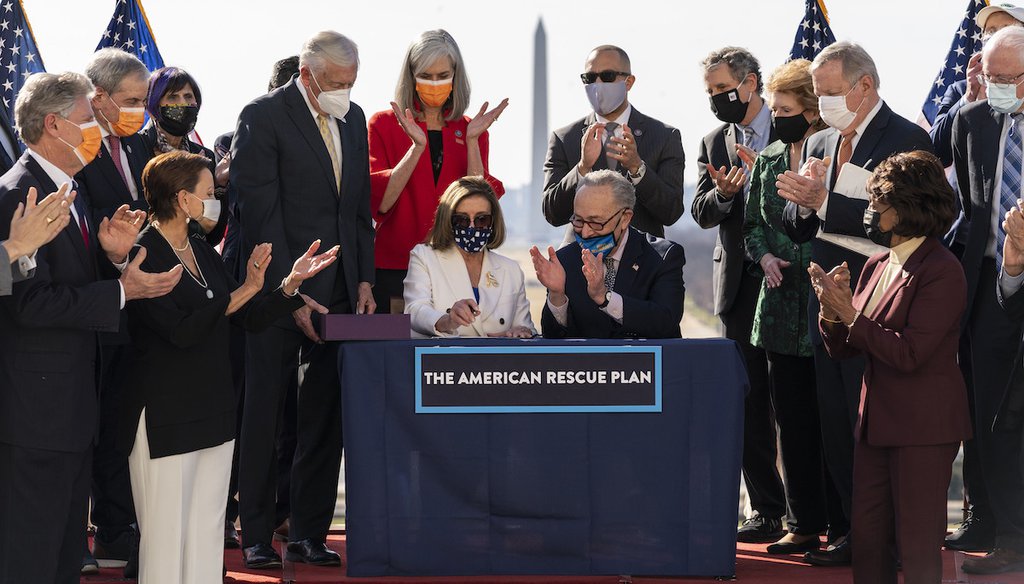 There are a few big chunks of money in the American Rescue Plan Act that have generated a lot of news coverage and are pretty well known. In response to a reader’s request, we present the whopping $1.86 trillion spending plan in pie chart form.

There are the $1,400 checks (or more likely deposits) to many citizens or permanent legal residents and their dependents. That comes to about $410 billion.