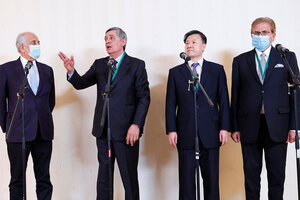 It’s an audacious idea that might be dubbed the “diplomacy of strange bedfellows.” And there is no guarantee it will work. But the Biden administration’s novel blueprint for ending the war in Afghanistan might provide a template for conflict resolution elsewhere too.

In a world where the United States can do less on its own than it once could, Washington is looking beyond its traditional allies and seeking to enlist some unlikely partners to help advance its foreign policy goals.

Much has changed in the world since U.S. troops overthrew…