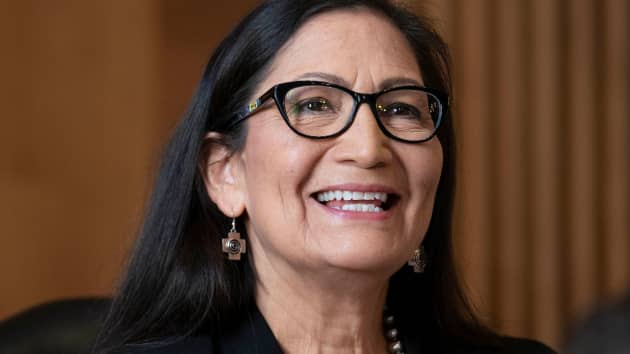 The Senate on Monday voted to confirm Rep. Deb Haaland, D-N.M., as President Joe Biden’s secretary of the Department of the Interior, making the second-term Democrat the first Native American Cabinet secretary in U.S. history.

The vote was 51-40, with four Republicans joining Democrats in favor.

Haaland, an enrolled member of the Laguna Pueblo, earned bipartisan support to run the Interior department, which has a staff of 70,000 employees and is charged with overseeing the country’s natural resources. The agency manages nearly 500 million acres of land, or one-fifth of…