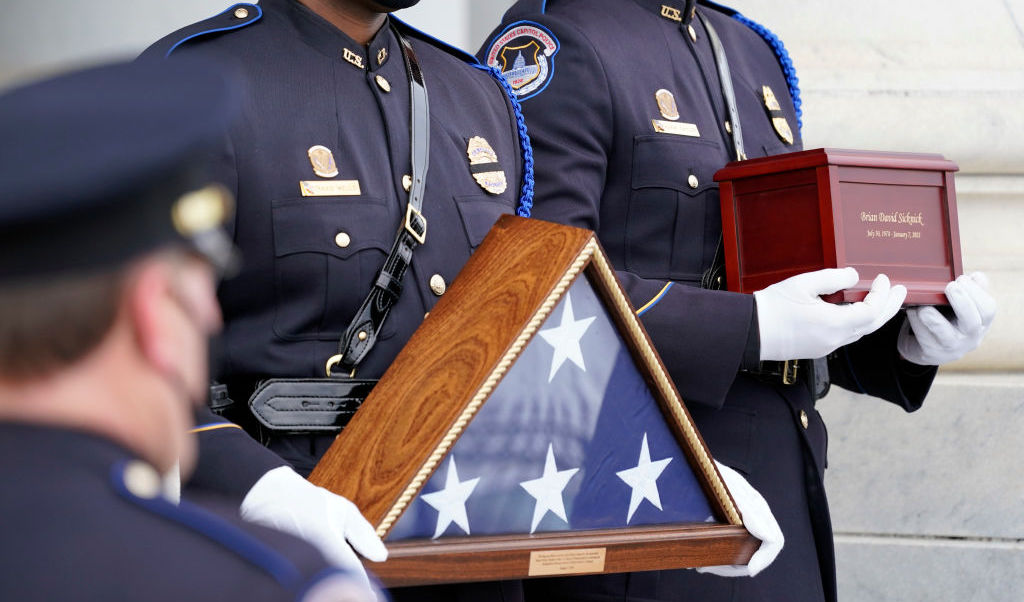 Two men sprayed Capitol Police officer Brian Sicknick with bear spray during the January 6 riot at the U.S. Capitol, according to charging documents unsealed on Monday.

Julian Khater of Pennsylvania and George Tanios of West Virginia have been charged with assault for allegedly hitting Sicknick, who died a day after the riot, with the chemical spray, according to The Washington Post. Khater and Tanios face a total of nine charges that are punishable by up to 20 years in prison.