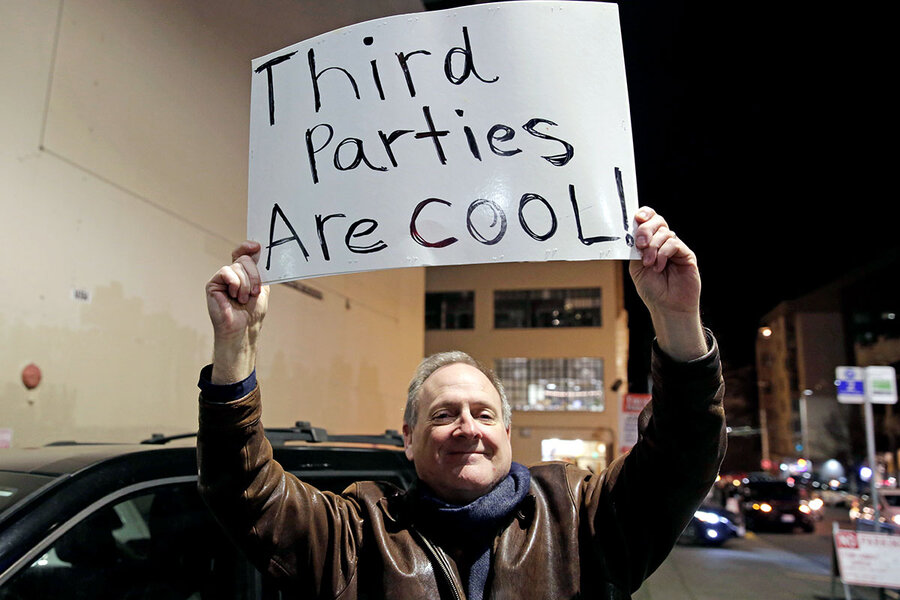 In many states voters are fleeing the Democratic and Republican parties, both of which are straining to hold together disparate factions. Many see the two-party system as unable to meet the nation’s challenges.

At a time when the nation’s partisan divide appears nearly insurmountable – with Republicans and Democrats in Congress unable to agree on much of anything – a growing number of Americans appear to be saying “a pox on both your houses.”

According to a February Gallup Poll, a record 62% of voters say the Republican and Democratic…