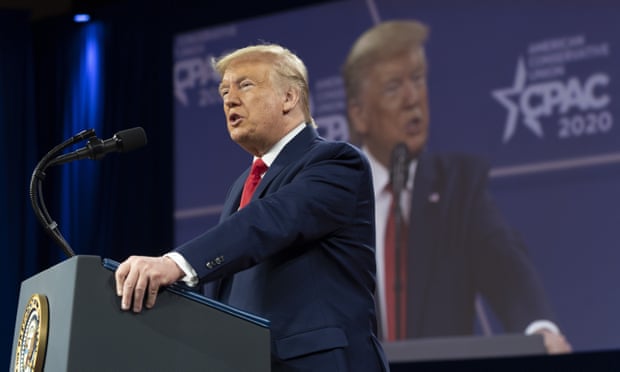 Donald Trump will reportedly tell the Conservative Political Action Conference in Florida this week he is the man to drain the Washington swamp – as Republicans’ “presumptive 2024 nominee”.

Republicans aim to purge anti-Trump officials from state parties in sign of battles ahead
Read more
Trump will address CPAC on Sunday, his subject the future of the Republican party. On Monday, citing anonymous sources, the news site Axios reported his plan to assume the mantle.