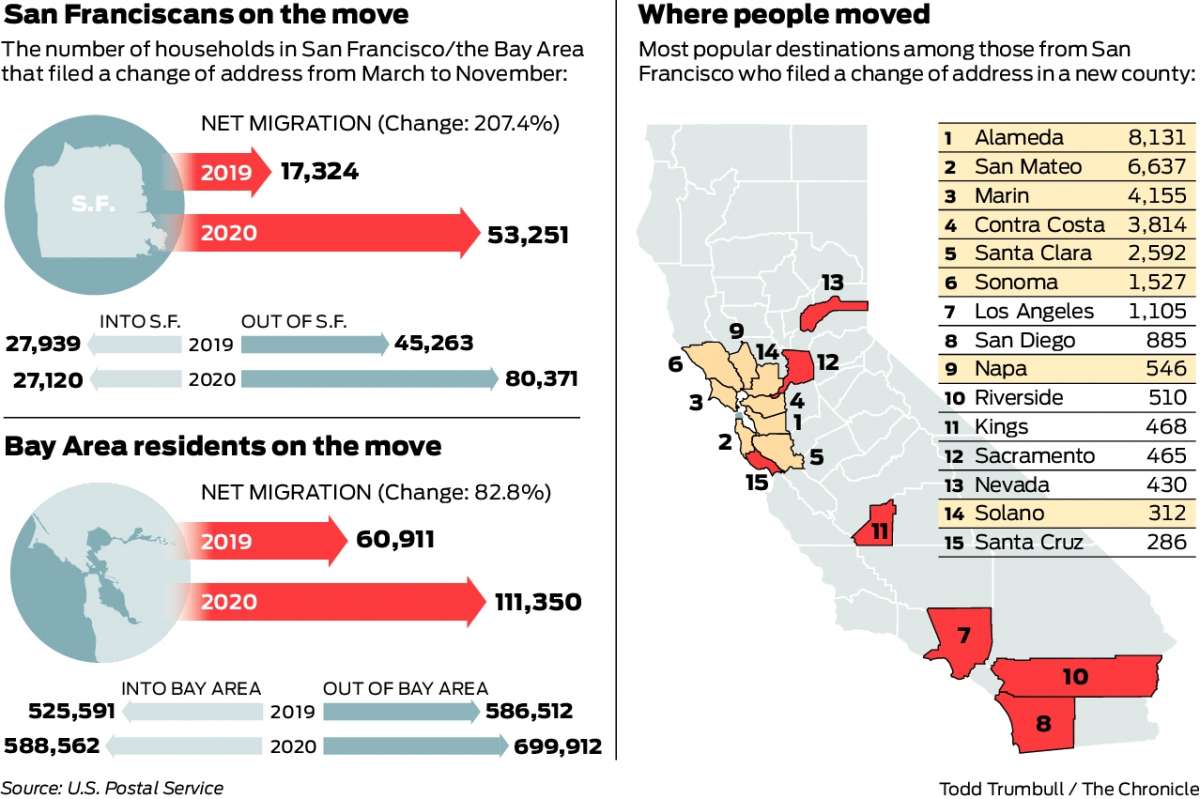 San Francisco residents abandoned the city in droves during the first eight months of the pandemic, but they generally did not venture very far, according to new data from the United States Postal Service.

The postal service analysis of change of address requests during an eight-month period between March and November shows that while the influx of new residents coming into the city remained constant between 2019 and 2020, the number of households leaving skyrocketed by more than 77 percent, or roughly 35,000 households — from 45,263 in 2019 to 80,371 in 2020.