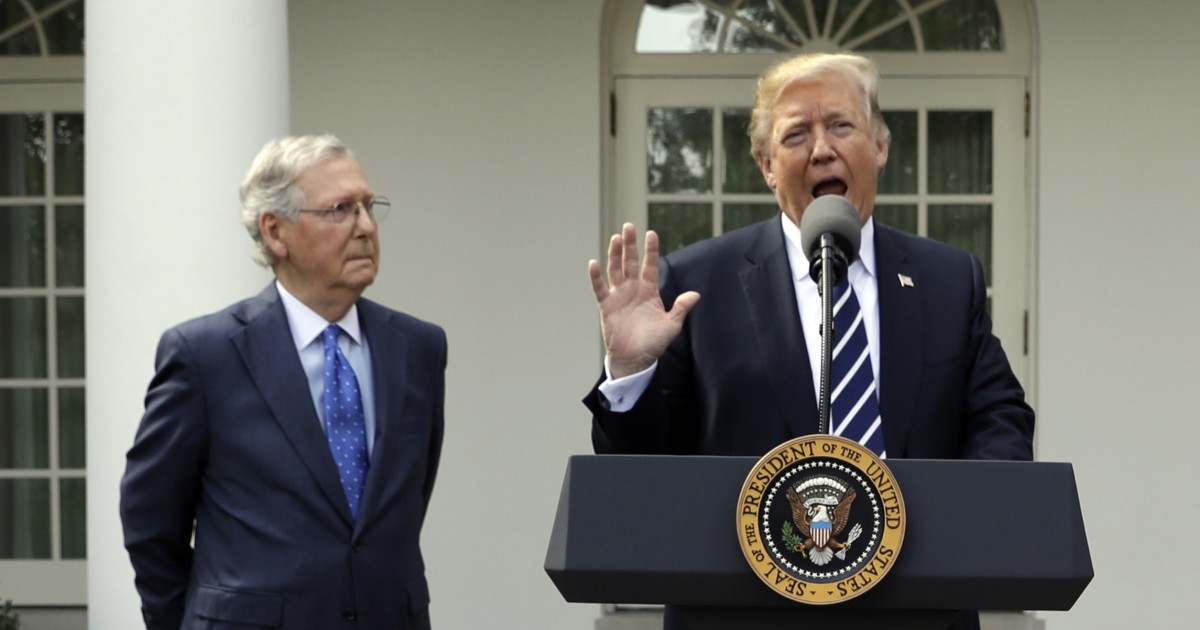 Former President Donald Trump threatened an all-out civil war inside the Republican Party as he blamed Senate Minority Leader Mitch McConnell for election defeats and said he would back primary candidates to oust his allies.

“Mitch is a dour, sullen, and unsmiling political hack, and if Republican senators are going to stay with him, they will not win again,” Trump said in a statement issued by his Save America PAC on Tuesday evening.

“He will never do what needs to be done, or what is right for our country. Where…