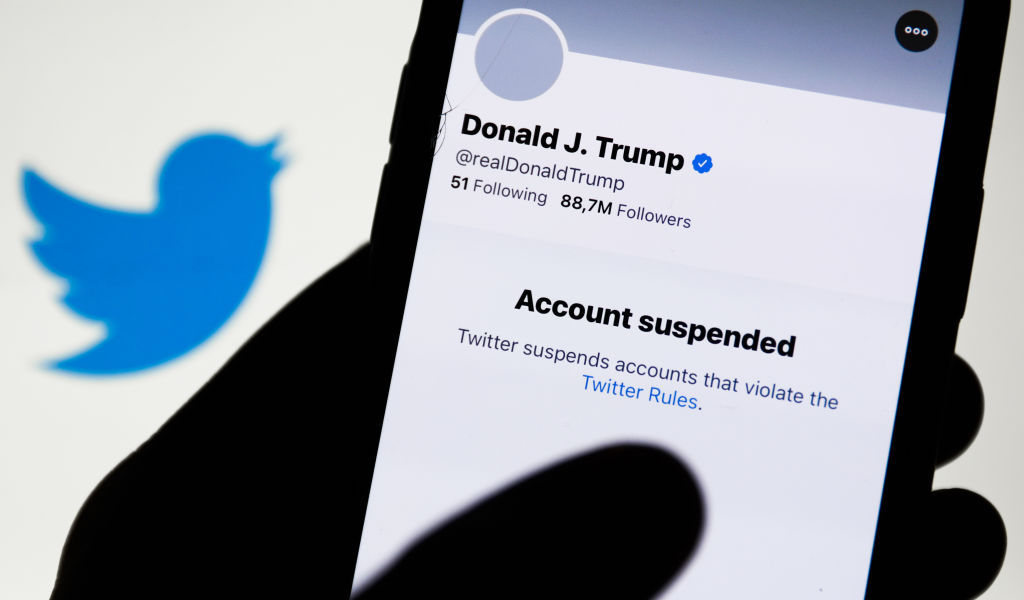 Speaking on CNBC’s “Squawk Box,” Twitter CFO Ned Segal said former President Donald Trump, whose account was permanently suspended from Twitter on January 8, will never be allowed back on the platform.

“Squawk Box” host Rebecca Quick asked, “Former President Trump was banned. If he came back and ran for office again and was elected president, would you allow him back on the platform?”