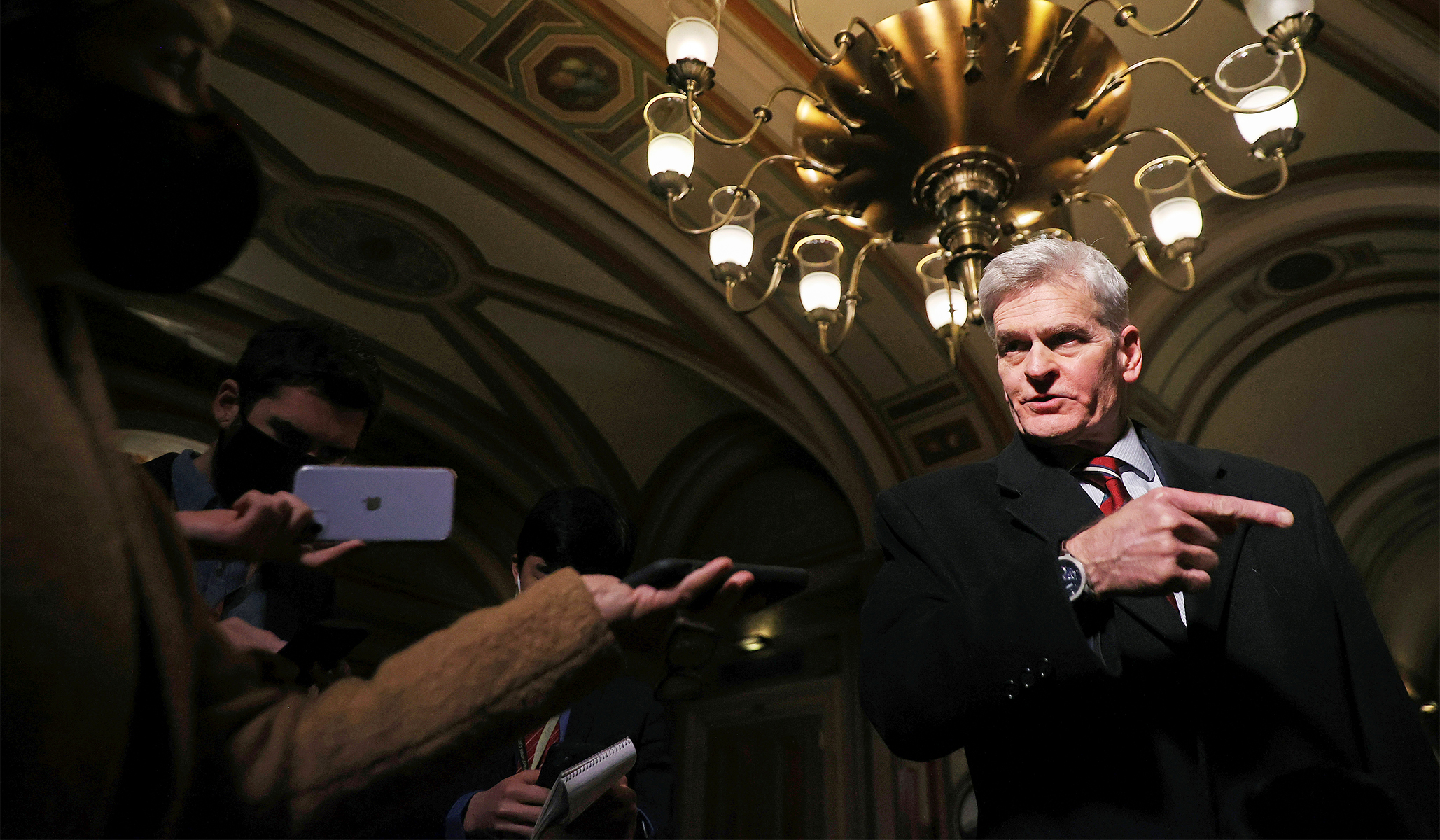 GOP Senator Bill Cassidy on Tuesday broke from most of his party and voted to proceed with the second impeachment trial of former President Trump, saying that Trump’s legal team did a “terrible job” in presenting their case that the trial is unconstitutional.

“One side’s doing a great job. And the other side’s doing a terrible job on the issue at hand,” Cassidy said after House impeachment managers and the former president’s legal team presented their respective cases on moving forward with the trial.