The Office of Personnel Management still hadn’t managed to recover from January 2020’s retirement surge when a new one hit a year later. In January 2021, 13,850 federal employees retired, driving the retirement backlog up to 26,968, the highest it’s been since April of 2013, when it sat at just above 30,000.

Though this year’s January surge was smaller than last year by about 3,300 feds, lackluster processing numbers and longer average processing times in the second half of 2020 set the stage for this loss of ground. OPM says its “steady state” inventory of retirement claims is 13,000. Processing times rose significantly during the early months of COVID-19, and still haven’t returned to their pre-pandemic lows. 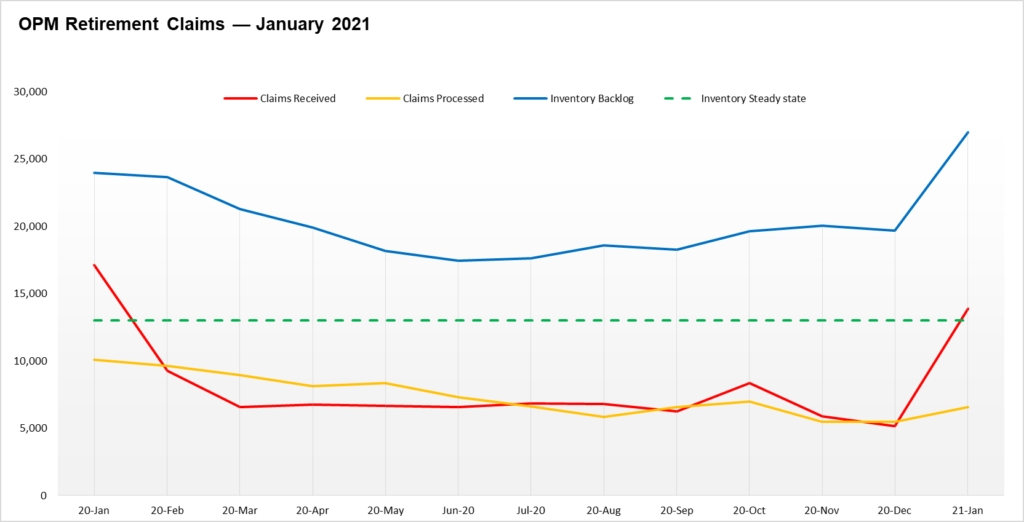 OPM did process 6,569 retirements in January, which is up more than 1,000 from December, though significantly lower than the 10,059 processed in January of last year. Retirement claims usually spike in January and February each year, while OPM generally processes the highest amount in February and March. 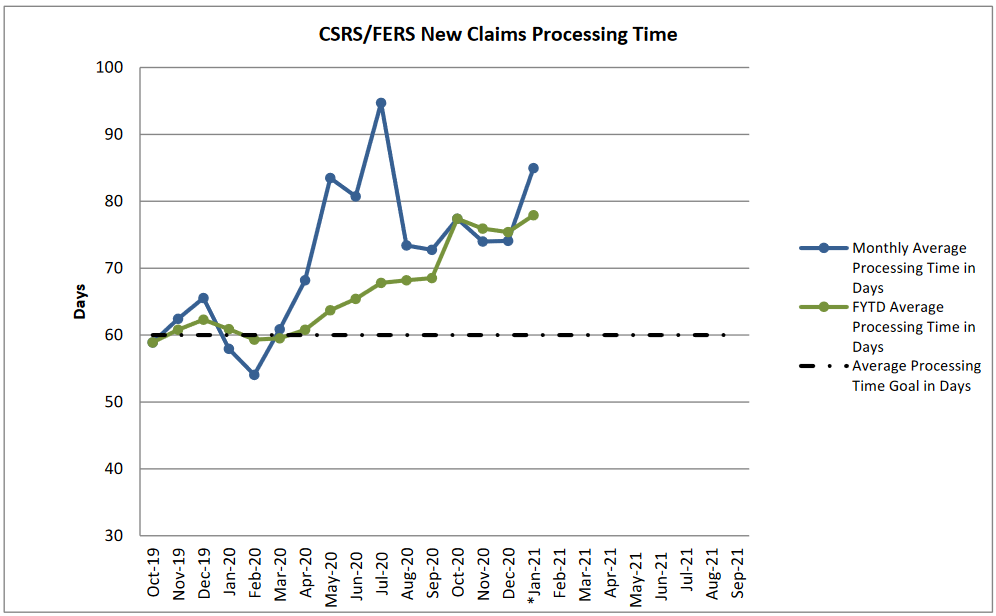