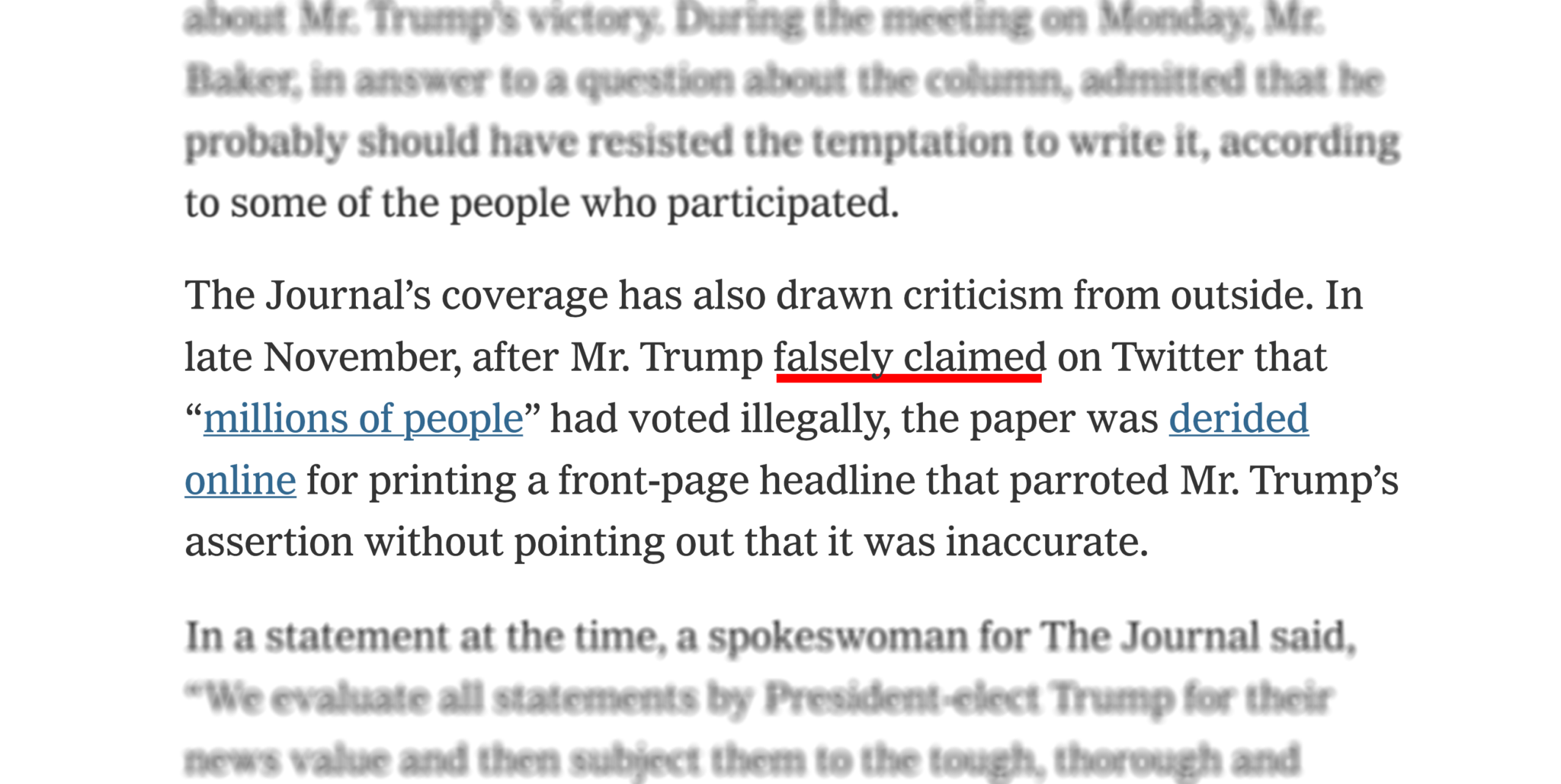 Five years ago, the trend began as a trickle.

A few reporters started adding a bit of extra information to their stories, declaring when a politician said something false. At the time, this was a bold move. Political stories were traditionally for news and the he-said/she-said of politics and policy; fact-checking was considered a separate genre.

But this trend — in the Duke Reporters’ Lab, we dubbed it “embedded fact-checking” — continued to grow and by 2019, we found dozens of examples. That was progress, although nearly all were about…