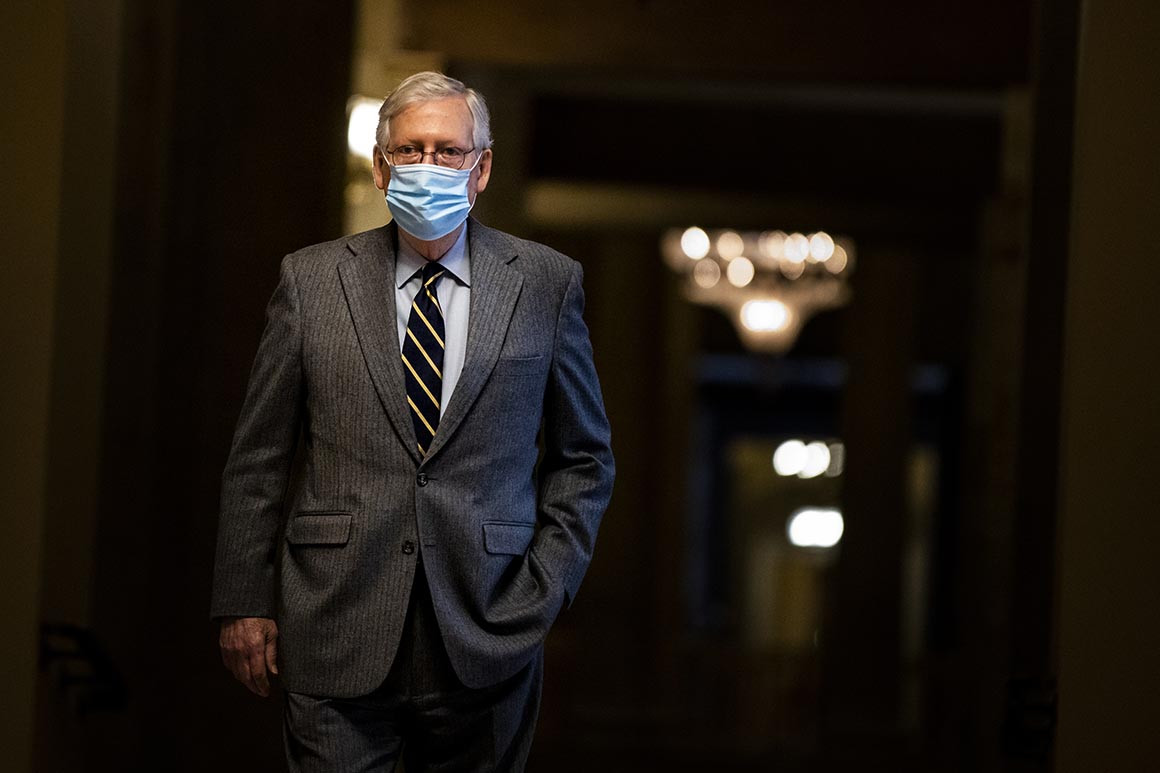 Kevin McCarthy is hugging former President Donald Trump as tightly as he can. Liz Cheney voted to impeach him. But Mitch McConnell isn’t making any sudden movements as House Republicans tear each other apart in Trump’s wake.

The Senate minority leader is deferring a final verdict on Trump, even with the opportunity to do so via the president’s forthcoming impeachment trial. McConnell’s strategy reflects the consensus of his fellow Senate Republicans, who have watched uneasily as the House minority leader and conference chair staked out polarizing positions on Trump’s conduct….