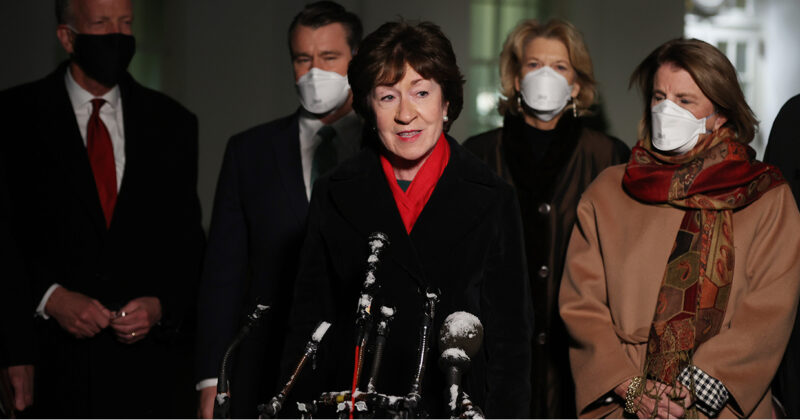 Ten Senate Republicans released a $618 billion counterproposal to President Joe Biden’s $1.9 trillion coronavirus relief package hours before they met on Monday evening in hopes of finding some common ground, but the two proposals have far more differences than similarities.

The $618 billion package only slightly resembles Biden’s, whose proposal is three times as large and includes bigger stimulus checks for a greater number of people. Despite the differences, the senators expressed willingness to work with Biden, who campaigned on unity and his ability to reach across the aisle….