This fall was a volatile period for federal retirement claims – with a noticeable spike in October and mirroring decline the month after. But December seems to have been when activity more or less calmed down, according to numbers released by the Office of Personnel Management.

OPM also processed 5,470 claims in December — only 11 more claims than it processed in November. For comparison, 6,992 claims were processed in October, which was the highest monthly processing total since June.

The inventory of claims, or backlog, started trending down again in December with 19,687 claims. That’s after increasing in both October and November, and November’s inventory of 20,022 claims was the highest monthly total since March. 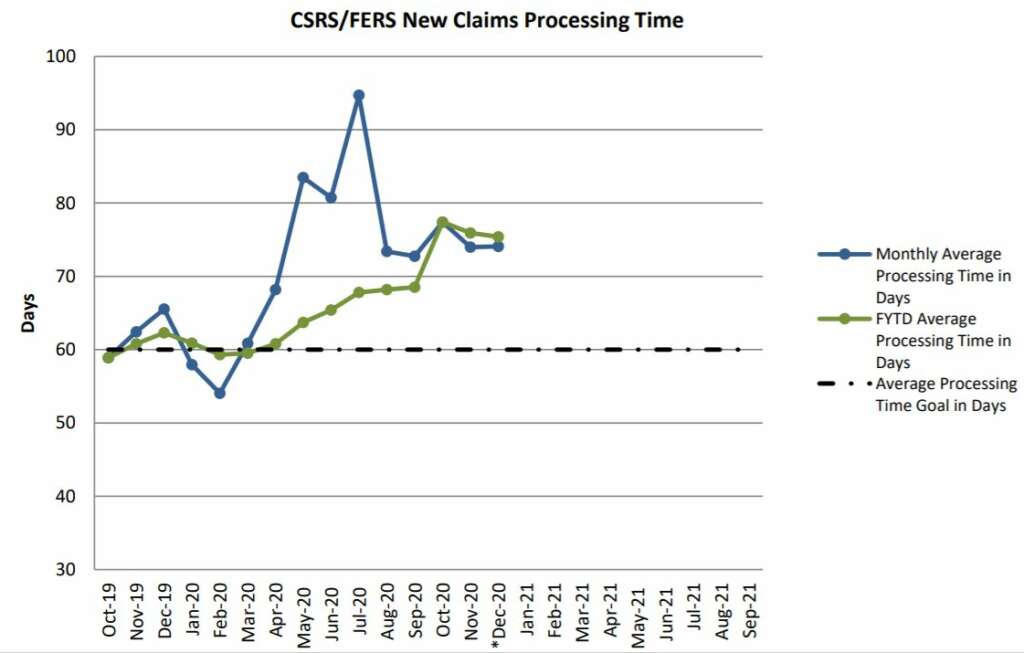 OPM included a disclaimer in the retirement report that “disability determinations are included in the pending number after approval.” 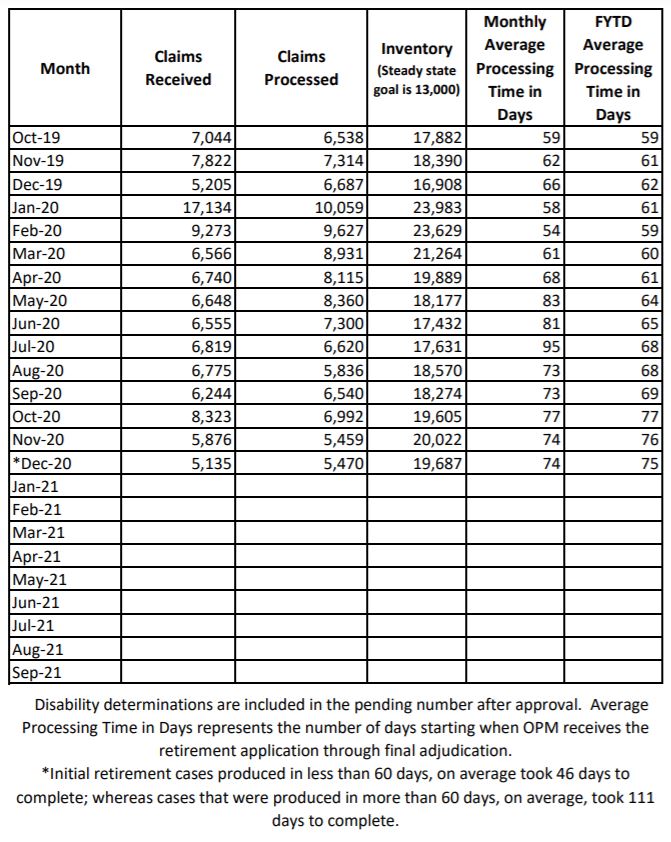