Last month the Thrift Savings Plan received an adrenaline boost as fund performance rose dramatically across the board. Returns released Tuesday showed monthly improvements reminiscent of this spring, with every fund ending in the black and several making double-digit growth.

The common stock index investment C fund’s monthly performance increased from -2.66% in October to 10.95% last month, while the fixed income investment F fund only changed from -0.42% to 0.99% in November.

The smallest improvement was in the securities-backed G fund, which slightly rose from 0.06% in October to 0.07% last month. But year over year, performance was down 0.07 percentage points. Despite a reputation for stability, the G fund has steadily declined for the last 30 years as interest rates on those securities have declined, Federal News Network previously reported. 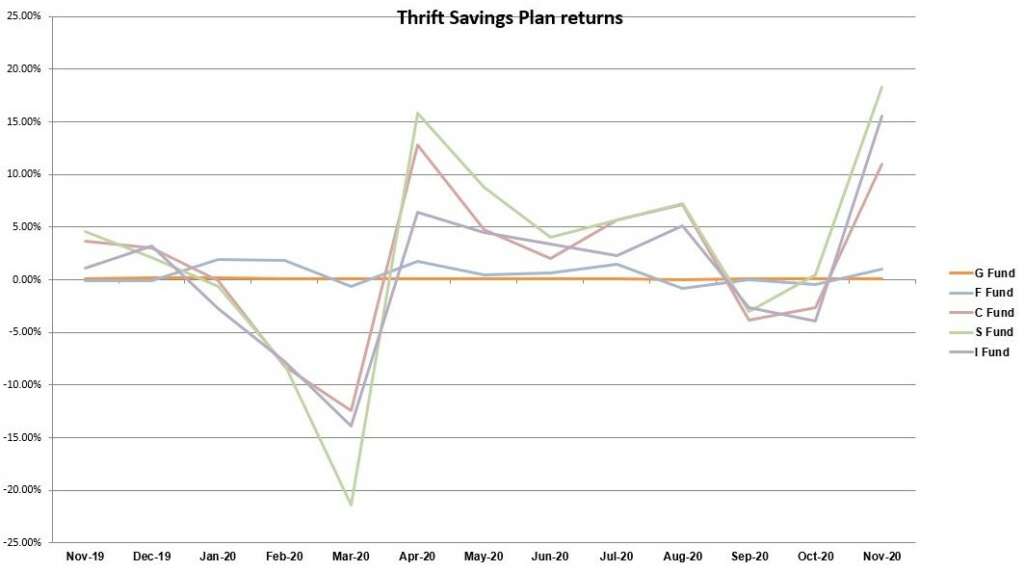 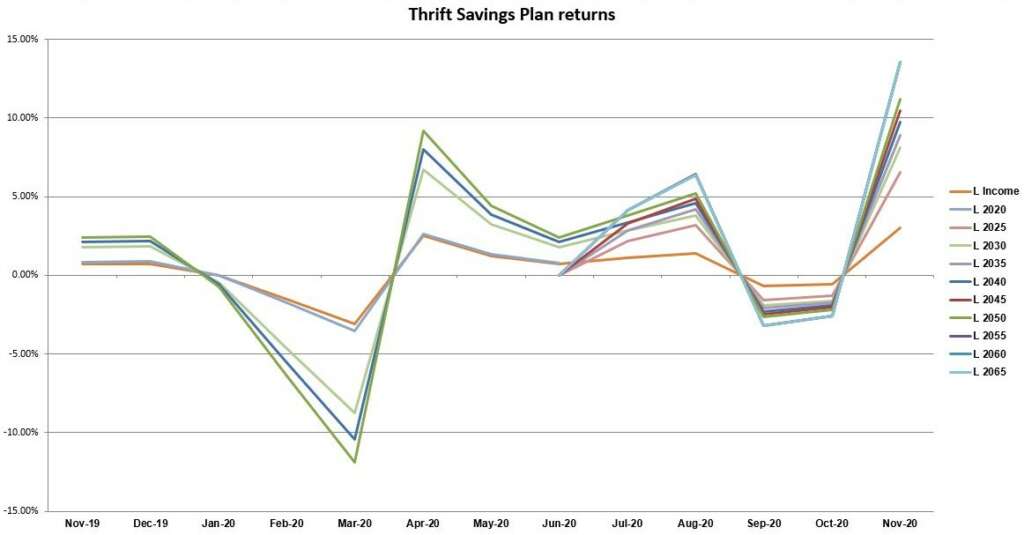 Broadening the view, TSP performance compared to November 2019 was less stark though still improved. The I fund had risen the most last month versus the same time a year ago.

Meanwhile, TSP participants can expect some new services in 2022, thanks to a recent contract awarded to Accenture Federal Services for the Federal Retirement Thrift Investment Board’s recordkeeping services acquisition (RKSA). The procurement encompasses managing the TSP call centers and software that process participants’ transactions, as well as improving the plan’s cybersecurity posture and IT infrastructure, Federal News Network reported.